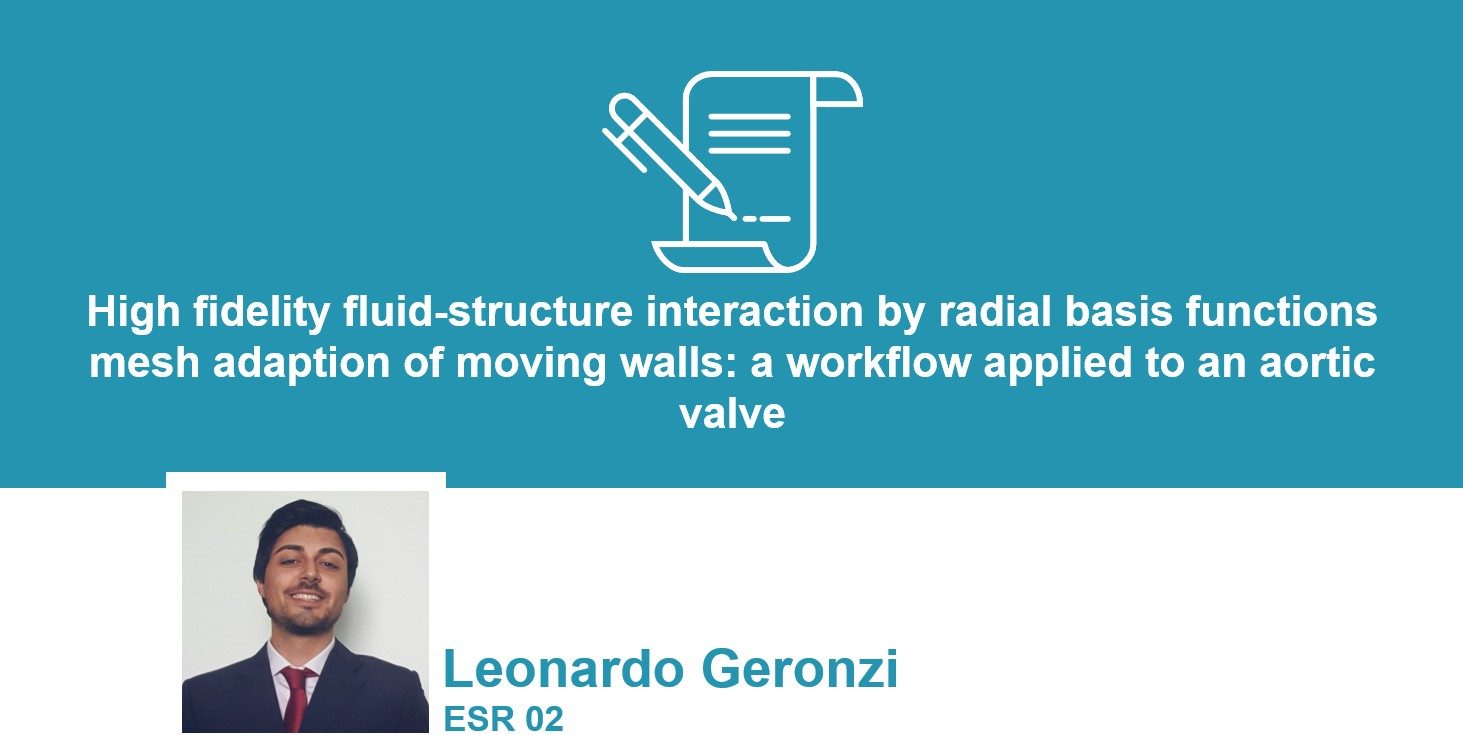 The open access full text is available here, while the article abstract is reported below.

Fluid-Structure Interaction (FSI) can be investigated by means of non-linear Finite Element Models (FEM), suitable to capture large deflections of structural parts interacting with fluids, and Computational Fluid Dynamics (CFD). High fidelity simulations are obtained using the fine spatial resolution of both the structural and fluid computational grids. A key enabler to have a proper exchange of information between the structural solver and the fluid one is the management of the interface at wetted surfaces where the grids are usually non-matching. A class of applications, known also as one-way FSI problems, involves a complex movement of the walls that is known in advance as measured or as computed by FEM, and that has to be imposed at the boundaries during a transient CFD solution. Effective methods for the time marching adaption of the whole computational grid of the CFD model according to the evolving shape of its boundaries are required. A very well established approach consists of a continuum update of the mesh that is regenerated by adding and removing cells to fit the evolution of the moving walls. In this paper, an innovative method based on Radial Basis Functions (RBF) mesh morphing is proposed, allowing the retention of the same mesh topology suitable for a continuum update of the shape. The proposed method is exact at a set of given key configurations and relies on shape blending time interpolation between key frames. The study of the complex motion of a Polymeric-Prosthetic Heart Valve (P-PHV) is presented using the new framework and considering as a reference the established approach based on remeshing.

Privacy Settings
We use cookies to enhance your experience while using our website. If you are using our Services via a browser you can restrict, block or remove cookies through your web browser settings. We also use content and scripts from third parties that may use tracking technologies. You can selectively provide your consent below to allow such third party embeds. For complete information about the cookies we use, data we collect and how we process them, please check our Privacy Policy
Youtube
Consent to display content from Youtube
Vimeo
Consent to display content from Vimeo
Google Maps
Consent to display content from Google
Save
We use cookies on our website to give you the most relevant experience by remembering your preferences and repeat visits. By clicking “Accept All”, you consent to the use of ALL the cookies. However, you may visit "Cookie Settings" to provide a controlled consent.
Cookie SettingsReject AllAccept All
Manage consent

This website uses cookies to improve your experience while you navigate through the website. Out of these, the cookies that are categorized as necessary are stored on your browser as they are essential for the working of basic functionalities of the website. We also use third-party cookies that help us analyze and understand how you use this website. These cookies will be stored in your browser only with your consent. You also have the option to opt-out of these cookies. But opting out of some of these cookies may affect your browsing experience.
Necessary Always Enabled
Necessary cookies are absolutely essential for the website to function properly. These cookies ensure basic functionalities and security features of the website, anonymously.
Functional
Functional cookies help to perform certain functionalities like sharing the content of the website on social media platforms, collect feedbacks, and other third-party features.
Performance
Performance cookies are used to understand and analyze the key performance indexes of the website which helps in delivering a better user experience for the visitors.
Analytics
Analytical cookies are used to understand how visitors interact with the website. These cookies help provide information on metrics the number of visitors, bounce rate, traffic source, etc.
Advertisement
Advertisement cookies are used to provide visitors with relevant ads and marketing campaigns. These cookies track visitors across websites and collect information to provide customized ads.
Others
Other uncategorized cookies are those that are being analyzed and have not been classified into a category as yet.
SAVE & ACCEPT